Apologies for the brevity of this month’s blog, which like the month of February itself, seems shorter than others and lacking a defined personality. Unfair really. After all, had it retained its original Old English name of Kale-monath it would be forever associated with brassica as Cabbage Month, which we can assume was the daily culinary highlight for the medieval English but must have been an off-putting addition to the domestic winter fug within.

The other Old English name was Solmonath, which literally means “mud month.” Whichever way you look at it, February does not come out smelling of roses, until the Romans arrived and thankfully renamed it . So, thank you Romans. They named it after the festival of purification called Februa, during which people were ritually washed. 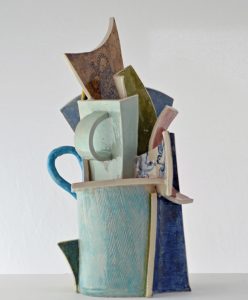 Three facts about February: in Welsh, February is sometimes known as “y mis bach” which means “little month.” It  is the only month where it’s possible to go the entire time without having a full moon.  February frequently occurs in lists of the most commonly misspelt words in the English language

However, Frith Wood. It was a cold day, as you can probably tell by the images, and my powers of observation were subdued. The only thing that drew me out of my reverie was the appearance of two giant dinosaur legs wearing green socks. The “green socks” of moss around the two tree trunks struck me as strange. The moss seems to only grow to a certain height before it applies the brakes and comes to a dead halt: “this far and no more”. Possible explanation? The air within 60 centimetres of the ground is moist because water is constantly evaporating from the ground, so moss, lazy like everybody else, just hunkers down and laps it up. Anybody with a better or more scientific explanation please tell us.

So, to ceramics (about time, says Spiro). Two larger-than-usual vases came out of the kiln this month, and they do look different. They are part of a series called “jumble vases”, made from stoneware slab-rolled and cut into different shapes which are then applied to each other in such a way that the final piece looks as if it’s made from five or six different vases.

After the piece is bisque-fired, each “fragment” is hand painted, then the whole piece is dipped in transparent glaze and fired at the usual 1275 degrees. When it comes out, the areas that have been deliberately left blank then have decals applied. These are fine transparent designs which are soaked in water then carefully placed on the glazed surface. Then the vase goes back into the kiln and fired to 800 degrees.

They are sculptural, visually arresting, but also practical, since you can fill them with water and put plants (or other things) in them.

things to put in a jumble vase

Lastly, if you’ve ever heard of flash-fiction (a self-contained story under six hundred words, in this case) and you are interested enough, you can read one of my stories at 365 Tomorrows by clicking here. They are an online site publishing science fiction in all its incarnations, from hard sci-fi to cyberpunk and beyond.

Spring is around the corner, snowdrops have appeared, crocuses are out, next the daffs, and then it’s Summer. Antio sas, as Spiro the Greek says.